Bring it home for your business

The impact of a visionary leader like Gareth Southgate

With the summer kicking off in style with important sports events in cricket, tennis and the football world cup, there is a mass of evidence of how visionary leaders can transform their teams and players to perform to their maximum ability, as individuals and teams.

Businesses can learn from such leaders, particularly through understanding what makes them visionary and how they manage to make the impact they have.

In this blog we will explore:

Gareth Southgate may be remembered for many things. One is his signature look of a manager in a waistcoat, who GG Magazine says “became an against-all-odds style icon. He’s managed to elevate the stuffy waistcoat, the three-piece suit’s least important component, into a bestseller in his country”.

Who would have thought that a player who has been tarred with the ‘brush of disappointment’ could transform himself into a National hero? Of course, his brush with disappointment (for himself and for the Nation) came in the Euro 96 when he took the fateful penalty for England against Germany in the semi-final. The keeper saved his penalty and England lost the match.

According to an article in Forbes, there are leaders who have failed miserably in business before eventually hitting it big. And while the initial failure may have been difficult to swallow, each person achieved even better results later on. This is exemplified by Southgate, who said the following about learning from his failure in Euro96:

“I’ve learnt a million things from the days and the years that have followed it, the biggest thing being that when something goes wrong in your life, it doesn’t finish you.” Gareth Southgate

Only 10% of start-ups survive, and everyone starting a business aims to be a part of the 10%. However, with such high rates of business failure, this means that the majority of even the best entrepreneurs have seen failure at some point in their careers, and have learned that it’s how you deal with your failure that shapes your future.

The Situational Leadership® model is arguably the most recognised, utilised and effective leadership and influence tool in the history of the behavioural sciences. Dr Paul Hersey’s original Situational Leadership® model is based on the relationship between leaders and followers. Versatility and adaptability are two primary requirements where a Leader’s style will vary depending on the situation.

The Situational Leadership® model provides leaders with an understanding of the relationship between an effective style of leadership and the level of readiness followers exhibit for a specific task.

Gareth Southgate’s transformation of the England 2018 Football World Cup squad provides excellent insights into how Situational Leadership® when applied properly, is so successful. In the following we explore some of the key factors that make inspirational leaders and how Southgate exemplified them.

The fundamental idea of a situational leader is that there is no such thing as a single best or fixed type of leadership. Leadership changes according to the requirements of the group or organisation, and successful leaders are able to be flexible and adapt their style of leadership to the level of maturity of the group that they’re trying to lead.

Southgate is a credible, respected leader. Because he has been there in the players’ shoes, he knows what’s going through their heads, and he understands the range of challenges they’re likely to face. Inspirational leaders have, or take time to develop, an understanding of the jobs their team are undertaking, and show appreciation for the time and work that goes into completing their task. They have often risen through the ranks and can pass on the wisdom learnt in the process to coach more junior members of the team.

2. Changes according to the situation

Southgate can be credited with ‘Getting the right people on the bus’. A lot of players have come through his Under-21s – Jesse Lingard, Harry Kane, Marcus Rashford, Dele Alli, Raheem Sterling. Equally, there are players on the team that didn’t. Then again, some of the players that are not there will not play for England again unless they can learn how to play in a more technically-skillful way.

Southgate was in caretaker charge of England when he left Wayne Rooney out of the World Cup qualifier against Slovenia in October 2016 which ended 0-0. Rooney, who captained the side to a 2-0 win against Malta three days before, had been expected to lead England all the way to the Russia World Cup, but he did not fit into Southgate's new vision. Southgate was not afraid to make tough choices for the overall situation in play.

Situational leadership will be high on the “directive” aspect when the subordinates are not sufficiently developed and need constant supervision. Here, the leader gives specific instructions about what the goals are, and exactly how the goals need to be achieved.

Southgate made unpopular decisions and employed strategies and tactics that went against previous consensus, for example Southgate looked to win the ball ahead of the halfway line rather than sit deep and absorb pressure. It takes a very strong internal leadership agenda to go against the popular vote.

Southgate worked with his squad to analyse what was best from former winners of the World Cup, as well as borrowing ideas from other sports. But the England manager also appealed to his young team’s sense of adventure, by describing their campaign as precisely that.

If the situation demands it, the leader will also coach their team. This is an extension of the directive approach; the leader still provides detailed instructions but they also focus on encouraging the subordinates, soliciting inputs, and explaining why they have made certain decisions.

Southgate’s grandfather was in the Royal Marines, so he will be familiar with military philosophy. He has a strong learning focus, which is something that the military shares. It’s a highly motivational environment. The FA has integrated very similar learning cycles to those which the military use. They plan, they review, and coaches of under-10s and under-11s are encouraged to do the same. All of that is geared towards improving decision-making under pressure.

In 2013, he was appointed manager of England’s under-21s, where he was able to work under less scrutiny than at a big club. There, he helped to enact a quiet revolution. He was instrumental in an ambitious initiative by the Football Association, the national governing body for the sport, to transform the fortunes of the England team. The FA instituted the “England DNA” programme, training its youth teams to play the passing and progressive style of football expected of the senior squad. Players of all ages were to be coached on a set of shared principles.

The situational leader may try to encourage a team to become more independent performing the tasks by letting them take routine decisions and to actively participate in the decision-making process.

The Three Lions’ manager was capped 57 times for his country as a player. However, he was perceived as an unlikely England Manager when he stepped into those shoes in 2016. However, he’s proved to even the most sceptical of fans that he is the right man for the job, using his first-hand experience to help get the most from his squad.

When dealing with a highly matured and capable team, the situational leader will gradually reduce their supervision and involvement in the daily activities of team members. The leader is involved when discussing tasks and deciding on the goals to be achieved, but after that team members have complete freedom on how they want to accomplish these goals.

According to the FA.com, Southgate believes that giving ownership and building positive and open relationships with his players can help England develop into a team who can compete with the best in the world.

The situational leader does not change their approach merely to take advantage of the situation. They simply adapt in a way that is most appropriate, considering factors such as the maturity level of followers, the organisational structure and culture, and the goals to be achieved. They do so with integrity, and are not motivated by a desire to unfairly capitalise on the weaknesses of the team or organisation.

It was with genuine empathy that Southgate consoled the Colombian player Uribe after his missed penalty. In his team’s moment of triumph, and no doubt personal exhilaration, Southgate displayed a grace and empathy that is often lacking in football.

It takes a lot of courage for a leader to try out different leadership approaches and figure out which one is ideal. Most leaders stick to a particular way of doing things – whatever has worked best for them in the past. But a situational leader is not afraid to take chances and to adopt a radically different leadership style if the situation demands it.

Southgate has not allowed his future to be defined by setbacks. He has shown resilience, learning from tough moments and using those experiences to positively influence his leadership style going forward.

The situational leader has a clear vision of where the team is going. This is what allows a leader to identify and adopt the most effective behaviours and strategies to get to the goal.

Understanding the competition is a key characteristic to success in any business. Southgate apparently studied how other top sports teams outside football prepare for big matches. Getting the mood, focus and mindset right alongside an established clarity of purpose on the pitch. Southgate could then sit on the sidelines and watch, trusting the system and the team he has put in place.

The situational leader does not claim to know it all. With a group of highly developed and mature followers, they have the humility to accept limitations and seek the higher wisdom of the group.

How you can learn more about becoming a visionary leader

Regardless of position, a leader is anyone who is able to influence others. Effective leadership is necessary to create and sustain a high-performing organisation. Poor leadership can create a host of issues that undermine a company’s performance, including mismanagement of resources, high turnover rates and diminished returns on investment.

Effective leadership development programmes are critical in any industry, both in the public and private sectors. With so much at stake in today’s competitive business environment, organisations cannot ignore the importance of developing their leaders and the impact it can have on the business.

Companies must equip their leaders with the tools and resources they need to have the skills to navigate the demands of an increasingly diverse workforce and evolving global marketplace - and that starts with effective leadership development.

GBS provides a series of Situational Leadership® training courses related to different applications of the model. We help leaders learn to appropriately balance their task direction with proper relationship behaviour, which helps to maintain high levels of consistent performance across team members.

This two-day instructor-led workshop emphasises active learning through application-based activities and participant interaction, to ensure learner engagement in the classroom.

Situational Leadership® is a proven model of effective leadership that has endured the test of time. It’s a practical approach which helps staff become more effective in achieving goals and shows you, as a leader, how best to respond to their performance needs. 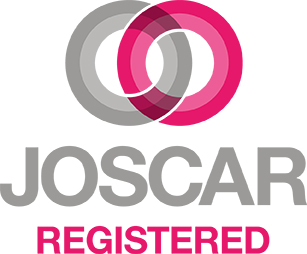